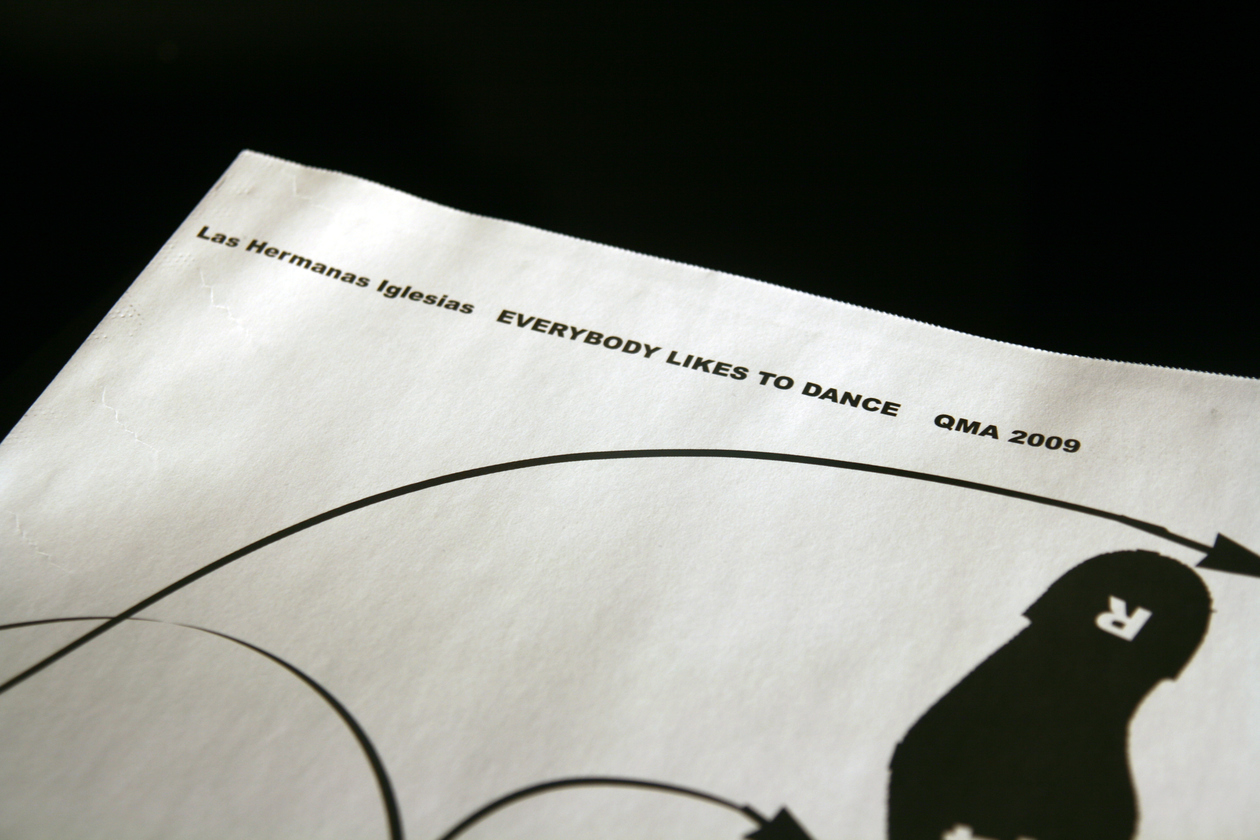 EVERYBODY LIKES TO DANCE
2009

Las Hermanas approached five international musicians to each create mash-ups of a Dominican Merengue and a Norwegian Pols, two songs curated by each of their parents as symbols for the musical tradition of their respective countries. These musicians included Chris Gooris, Christopher “Ryan” Spence, Colin Bragg, Mark Vicente & Guilt and Johannes Brechter with mastering by Gregory Adkins.

Each new song is a hybrid of Dominican and Norwegian culture. For these mash-ups, Las Hermanas developed a new choreography, a fusion of the two traditional dances. Everybody Likes to Dance is an audio-visual installation involving custom-made disco balls referencing Dominican and Norwegian imagery spinning over a dance floor diagram that encourages viewers to listen to the new tracks while they try to trace the dance steps. The artists also created a limited edition print that viewers can take away from the gallery to remind them of the choreography.